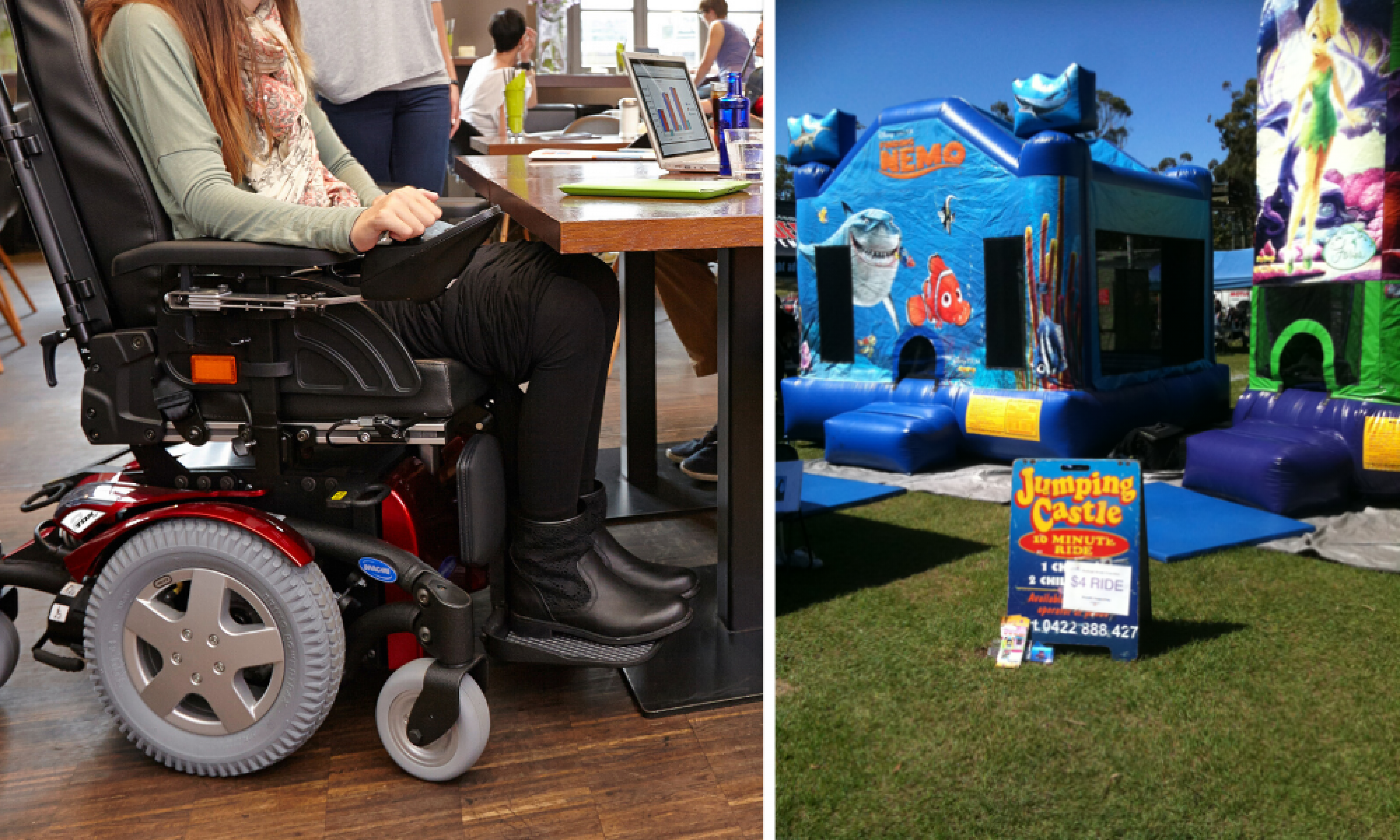 I was in year 10 and all my girlfriends were getting part-time jobs. They had a variety of jobs such as Big W, Donut King and the standard McDonalds. My mother was always tough but fair and during this time in my life, there was not going to be an easy way out.

It was simple from her end: “If you want more money to do things you have to “go get a job.” Ordinarily, this would seem fair enough for a teenager but I have Athetosis Cerebral Palsy. Logistically one had to think outside of the box for even a part-time job to become a reality, as I am a wheelchair user and also non-verbal. My mother at the time displayed some tough love, which essentially ensured post-schooling I was expected to do something productive with my life.

So with these factors in mind, I asked my friends what kind of job could I get?

It was clear I wasn't going to be flipping burgers at Macca’s anytime soon but what could I do?

The first idea we had was delivering newspapers in my local area. We went for the job interview together  - we were all going to walk the streets and I was going to tow the papers on my chair whilst my friends were going to walk each side of my chair, throwing it in the yards. Essentially this job sucked and we didn't last long. My friends went on their way, finding other jobs.

So I decided the only way for me to solve this problem was to look for a business to buy. It had to tick the boxes. Which were to make money, be visible in my community, and to do something I enjoyed.

We were walking through a beach market and I saw a jumping castle business for sale. Long story short, some 6 months later I was the owner of said business and I had my job!

I had the physical support to run and maintain this business. My family supported it and initially came down and helped run it. The goal was to build it up and sell it when I finished my university degree.

Some 13 years later I still own this business and I still enjoy it as much as the first day I purchased it. It still ticks the very boxes I needed when I started it. It has given me an outlet to now sell my published books and I meet many interesting people, which has advanced my other passion: Music Journalism.

In this day and age of NDIS/Enabling Good Lives combined with the internet I believe we all should “Think outside the box” and dream of people with disabilities embarking on a Career. Explore the possibility of starting your own business and what this may look like. Whether we have a disability or not we ALL need support with certain things. I need support (otherwise known as a Carer) but this does not discount the fact I need to work and pursue my career.

Marlena Katene is Australia’s most unique entertainment journalist. Having Cerebral Palsy Marlena communicates via an ABC Board and iPad. After completing her Bachelor of Communications degree Marlena has been blessed to interview a wide range of people ranging from Ed Sheeran, Robbie Williams and even the Dalia Lama. While her journalism focuses mainly on music she also has written on other issues and freelance writes for a variety of magazines. Apart from her journalism work, Marlena is an avid traveller and adventure seeker. In 2016 she became the first person in the world with Cerebral Palsy to Base jump, achieving this feat by jumping off the 421 meter KL Tower in Malaysia. Addicted to travelling she is always seeking the next adventure and place to explore.